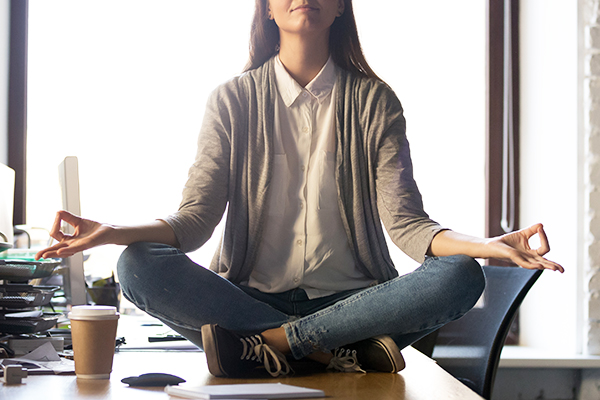 Anger is quite misunderstood. It's an emotion associated with those who have lost control. Those who are dangerous. Those who are irrational. And there are some legitimate reasons to think that. Those who can't control their anger do need to seek help in order to make managing anger better for them.

With that said, some anger is good, and it's often misunderstood. Here's why.

Anger is not violence
We commonly associate anger with violence, and there's a good reason why. Often, anger does occur before a violent act, and thus the association is a little justified. However, anger isn't violence, and a little bit of anger may actually prevent violence.

Sounds contradictory, we know. Let us explain.
If someone sees that one is angry, they are likely to try to deescalate the situation, especially if they have a cool head. Often, angry people can pressure a politician to make change before it escalates to violence.

That isn't always the case; if two angry people are fighting, it can be hard to have a negotiation and fists may fly. However, in certain circumstances, it can help.

In negotiations, anger is something you need to control and use it wisely. Often, someone will get too angry and lose the negotiation. It's all about circumstances. If you're negotiating at work and get mad, your boss may frown upon workplace anger.

It can get you motivated
If you need motivation, anger certainly helps. People who know how to manage their anger may turn it into something positive, such as busting their behind in a gym, or getting the motivation to get even in a productive way. Anger over a certain injustice can make you want to take action and give you the right push you need, which is always a good thing.

It may make you optimistic
This is a circumstantial one. Plenty of people associate anger with pessimism. However, there is a difference between negativity and being angry. Anger may be able to make you optimistic by giving you a plan to succeed. This is sort of like the justice rule, where anger can lead to justice. An angry person is confident their anger can lead to a good outcome.

It can be good for your relationships
When you think of being angry in a relationship, you can imagine fists flying or a shouting match. That association makes people want to hide any negative emotions they have towards their partner. They bottle up their emotions and keep it bottled up as the anger rises and rises until it explodes.

Expressing your anger over something in a relationship can be good as long as it's under control. It can help resolve conflict and help to move on with the more positive aspects of your relationship.

However, if the two of you end up being angry all the time, it may be worth it to talk to a therapist about it.

It's a good way to recognize your flaws

Too many people are unaware of what sets them off, what makes them angry. When they feel angry, they may feel embarrassed and try to sweep it under the rug. This can make the problem even worse. If you're angry, you should recognize why that's the case. Figuring out what makes you tick can lead to you dealing with your emotions a lot better.

Anger is not hate
A wise character named Yoda once said that anger leads to hate. This can be true in some circumstances, but anger is still not hate. You can be angry at someone you love. However, anger is a temporary emotion. Hate is an enduring emotion that can drive you mad. It's something that you should try to avoid.

By expressing your anger, you may be able to prevent it from turning into hate, despite what people may tell you.

It's all about what you do with it
Anger as an emotion is a tool, and like any tool, you can use it for good or misuse it. Those who are unable to control their anger tend to misuse it. They may show their anger in toxic ways that don't benefit anyone. They may explode in a rage, and end up in trouble.

Learning how to manage your anger is always a good thing, and a therapist may be able to help.

Work out.
If you're feeling angry, go on a run or lift some weights. Release some of the energy that's pent up in your body, and you can feel better as a result.

As the cliché goes, think before you speak.

Learn how to show anger without using words that may make the problem worse. You may need to take a timeout and come back when you have a cooler head, and then you can show your anger.

If you're angry at something, instead of letting the anger fester, you should learn how you can solve the problem.

Instead, use “I.” Show how much you feel about something rather than passing the blame.

Learn how you can relax.

Get yourself a stress ball, or listen to some calming music if possible.

Conclusion
Anger is misunderstood, as many do not know how to control it. By learning how to tame your anger, you can learn that it's a good emotion after all. Just remember to keep cool, and you can do quite a bit with your life.

With that said, always seek help if you want to improve your anger.

BetterHelp BetterHelp is the largest online counseling platform worldwide. We change the way people get help with facing life's challenges by providing convenient, discreet and affordable access to a licensed therapist. BetterHelp makes professional counseling available anytime, anywhere, through a computer, tablet or smartphone. BetterHelp is a behavioral telehealth option for Canopy EAP members and their family members.