It's 2022 and Cascade Centers is now Canopy!
Learn More 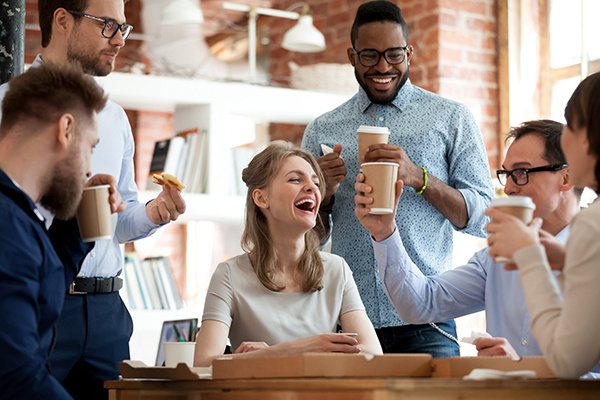 In the early days of Major League Baseball, it was all about the team. A player started and ended his career with the same franchise, and fans gathered around the radio to listen to their favorite play-by-play announcer call the highlights of the game. The excitement was more about the team than the individual players. That all changed in the 1970s when statistics and analytics greatly influenced how Major League players were viewed and valued. For the first time, players were able to become free agents and leave a franchise if another made a better offer, and fans followed individual players just as closely as they did their favorite teams.

Don’t worry, I haven’t turned Xenium’s workplace podcast into a sportscast. I recently had the pleasure of doing a podcast with Mark Greenburg, and we discussed his book Elevated Leadership: A Pitch-By-Pitch Guide to Business, Life, and Baseball. In his book, Greenburg makes many parallels between baseball and leadership, and you don’t have to be a baseball fan to get a lot out of it.

To Greenburg, a great leader is also a great teacher and coach. “Leadership, I think more than anything, speaks to the commitment to develop someone else’s skills,” he said during our podcast. Rather than focusing on failures, a great coach acknowledges and encourages their players’ positive actions and growth. Business leaders should do the same for their employees, and they should encourage their employees to do the same for each other.

Like a great baseball coach, a great business leader knows how to build and nurture a successful team by teaching, supporting, and encouraging each individual on it. “If we develop our people,” said Greenburg, “our ROI is going to go up pretty significantly.” A part of Greenburg’s book that resonated with me is when he compares workplace banter to a baseball team’s locker room banter, during which players momentarily step away from the tensions of the game to refresh and refocus. Short and casual interactions between leaders and employees that have nothing to do with work really have everything to do with work. It’s that kind of banter that makes the team feel comfortable and connected. Greenburg points out that this isn’t something that a company can suddenly force; it has to happen from the very beginning or develop slowly over time.

It’s all about the little things. Real connections in the workplace aren’t the products of grand gestures. Grand gestures can feel inauthentic and uncomfortable. We’ve all attended the random company social event or team building activity where there was little buy-in and a lot of awkward standing around. It’s daily acknowledgments and demonstrations of awareness that matter and add up.

During our conversation, we also discussed conflict and how good leaders embrace it as an opportunity to make stronger connections. It all comes down to communication. For example, if an employee is regularly late, rather than telling them to stop being late, ask them why they are late and help them develop a solution to the problem. This approach shows concern and promotes collaboration. Addressing conflict is not about asserting power; it’s about working together to be successful. “I am convinced that, generally, people do a good job self-regulating themselves,” said Greenburg, “The problem is we don’t allow them to do so.”

Greenburg emphasized that this doesn’t mean that employers should let their employees run the show. “They have to make a step to change the behavior, or they don’t work in your company anymore.”

In his book, Greenburg also points out that many baseball stars fail as much as they succeed. This made me think of Oakland A’s great Rickey Henderson. Henderson set records for stealing more bases than any other player. He also set records for being caught stealing bases more than any other player. Henderson took risks and failed, a lot. He also succeeded a lot, and in the world of baseball, his successes are acknowledged more than his failures, because his accomplishments advanced his teammates more than his failures let them down. Greenburg encourages company leaders to see their employees and themselves in the same way.

Greenburg ends his book by outlining his report cards from kindergarten through the eighth grade, which is one of my favorite parts. Like many other highly effective leaders, and Major League players, Greenburg’s stats early in his career didn’t predict his future success. He didn’t let those stats define his character, and he had leaders in his life show him how to believe in himself regardless of other people’s judgments. Greenburg emphasizes the importance of self-awareness and emotional intelligence and how social and emotional learning should be at the forefront of leadership and employee development.

What does it take to make a workplace more human and how do we create a bravespace workplace in which everyone can thrive? Moe Carrick found that there are five levers: the who, the what, the where and when, the why, and the how.
More Info
Three Signs You’ve Created a Culture of Psychological Safety
How to Increase Resilience in Your Life
Alzheimer’s and Brain Awareness
I'd like Help with...