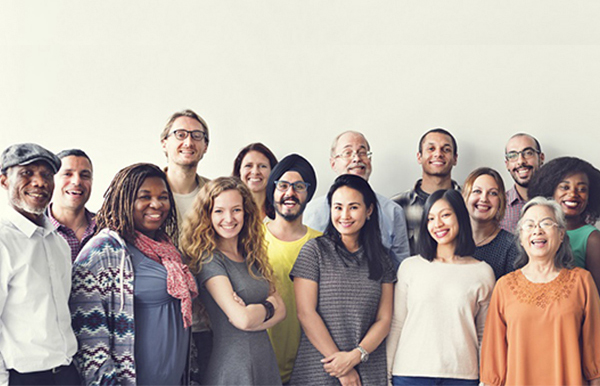 Having a diverse workplace is the right thing to do, and it's also better for business. More and more organizations today understand that, but many still haven't quite figured out how to do it. For the Transform Your Workplace podcast, I chatted with La'Wana Harris, author of Diversity Beyond Lip Service: A Coaching Guide for Challenging Bias. We had a great conversation about why awareness of the importance of diversity and inclusion is only the beginning, and why inclusion is such a vital part of the equation. Listen to the full episode here.

“Often, when we hear about diversity and inclusion, we tend to find a superficial layer of engagement around hiring more women, maybe hiring more people of color or people with disability, LGBTQ people,” Harris said. “It tends to focus on that representation part of diversity and not so much on inclusion.”

When we talk about inclusion though, Harris said, we must move beyond the hiring process. “People also have to have a chance to grow, to be promoted, to develop, and to enter into some key positions in an organization.” Traditional patterns of power and control within the organization need to be shifted, which requires tough conversations, she said. It's not easy, but it's the only way to ensure that all the people you hire receive the same opportunities.

Here are some of Harris's tips for how to do that:

Acknowledge your fear, then move beyond it.
Many leaders are afraid of implementing diversity and inclusion strategies because they don't want to do so incorrectly, or they think they don't know enough to make a substantial change. The first step, Harris said, is being open, vulnerable, and forgiving.“I'll give you a real–world example,” she said. “Take myself. I like to be introduced – if someone is going to include my race – as a black woman . But others might wonder: ‘Should I call her African American? Is she of African descent? What is the right thing to say?'” Instead of just asking, people often avoid the topic altogether, fearing they'll say the wrong thing. “We just have to be willing to take the steps to educate ourselves and gain awareness from others,” she said. “Then we can move forward from a point of mutual understanding and solidarity.”

The best mindset, she said, is understanding that everyone at the organization is learning together. “The minute we think we have something figured out, it's going to change, because that's the nature of human diversity,” Harris said. “So we just have to remain humble, with cultural humility, and with curiosity.

Welcome difference instead of trying to make everyone the same.

Many organizations like the idea of “color blindness,” or “not seeing color.” But rather than put everyone on equal footing, “color blindness” dismisses the very real differences in experience between white employees and employees of color.

“People who use the term rarely have malintent,” Harris said. “They just aren't aware that it could offend… Some people don't want to address this difference because they feel that if we acknowledge it, then that in and of itself is a method of division.”

Acknowledging difference does not inherently cause a further divide, though, Harris said. Once we recognize it, “we open ourselves up to celebrate our differences so we can better connect.”

She gave an example of a black executive who, due to biases, can be put in a life–or–death situation just by changing into a hoodie to go for a run after work. That's not an experience every employee will have, and pretending otherwise by saying you don't “see color,” Harris said, is to “ignore that element of his lived experience” and “not see him” for who he is and the challenges he faces.

Move beyond “lip service.”
“You're not going to find many organizations or executives that would say they don't believe in diversity, that they are not allies, that they are not supportive of equity and inclusion,” Harris said. “The words are there, and for many, the intent is there, too.”But having these talking points is much different from implementing systemic and behavioral change throughout an organization. Currently, there's a significant gap between intent and impact.

“We see executives make public statements like, ‘Our board will be 40 percent women by 2020,' or ‘Women will hold 50 percent of our senior–level executive leadership positions by 2021.' And then that time comes, and they don't hit the mark, and for some reason, the same level of accountability as if a sales or performance goal was missed is not applied.”

So don't just say you're committed, and don't just set a benchmark that you hope to meet magically. Implement structural changes that will get you there. Match your good intentions to actions.

Diversity without improved inclusion policies is a recipe for failure, Harris writes in her book. “If you bring someone into an environment that is not ready to receive them, they will not stay,” she said. Employees need to be educated on how to work in an inclusionary environment, and that education and awareness should include—but move beyond—unconscious bias training.

“It needs to be a holistic approach,” she said, “so that it's not just a program, but the way you do business.”

If diversity and inclusion aren't embedded into an organization's culture, then when diverse talent is brought in, they will feel like they don't belong. “They don't feel they truly have a voice. They feel they may be the victim of tokenism, and they leave,” Harris said.

Accept your privilege—whatever it is—and use it for good.

Having privilege isn't necessarily a negative thing. Every person has a degree of privilege. “I am a black woman, but I'm also a Christian,” Harris said. As Christianity remains the dominant religion in the United States, Christians maintain a sense of privilege over other religions that are less understood and respected. It doesn't mean Harris doesn't experience hardship for being black, or for being a woman, but that in her religious life, she benefits from being a part of the dominant group.“Everyone should take a look at the privilege they have, whatever it is, and use it for good to advance diversity, equity, inclusion, and belonging.” She gives an example of a white heterosexual male CEO choosing to use his platform—“his voice, power, and influence”—to “open the doors for others,” to “challenge the status quo and not tolerate exclusive behaviors.”

Looking at our own privilege isn't about blame, or shame, or finger–pointing, Harris said, though that is where this conversation ends in many workplaces. In the book, she writes, “In one of my coaching sessions, an executive–level sales leader shared that as a white man, he had been made aware of his privilege, but was never told what to do about it. As a result, he was left feeling guilty about and disconnected from the ongoing diversity and inclusion conversations happening in his organization.”

Instead, once we've acknowledged our privilege, we should talk about where to go next, and how to change those power differentials. “We can't just snap our fingers and change a whole value system,” she said. “But if we work with where we are, and everyone identifies the privilege they have, and everyone takes action to use that privilege for good, then we can move forward together.”

Identify blind spots and implement practices that keep them from taking over. We can't get rid of all bias, Harris said. But we can educate ourselves and learn how to identify our biases so we can recognize when they are controlling our thoughts and decisions.

“When we get to a level of radical truth with ourselves, we can look at layering on how to adapt and better connect with others, and how to watch for those blind spots,” Harris said. First, though, you have to be honest with yourself about those biases.

Check out Harris's book!
In her book, Harris describes a structure for implementing inclusion throughout an organization that she calls the Commit Model. “Many times, when we see intent not matching up with impact, there's a lack of commitment at some level. That's why it's called Commit.” Under this model, Harris provides a framework of ground–level knowledge and practices that organizations can build upon.

The book concludes with a powerful section on her experiences as a black woman in the corporate world. Her intent wasn't to shame or build walls by telling these stories, she said, but rather to shed light on so many employees' realities.

“It's about saying, ‘This is real, and it is happening in your organizations, and if you don't see it or don't know about it, it's only because you don't want to,'” she said. “…But when we really commit to our good intentions and have purpose, we can really make change.”